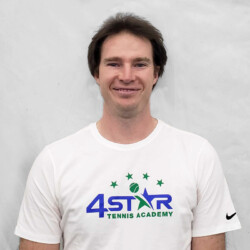 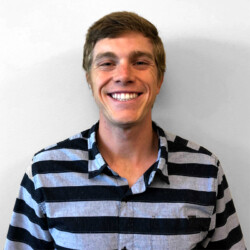 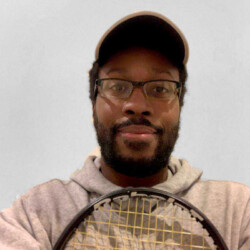 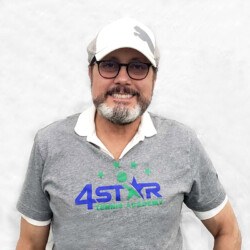 Lee got his start playing tennis at Bullis at age 12. While attending Sandy Spring Friends School, he played the first doubles position and all singles positions on his varsity tennis team. He graduated from the University of Colorado a bachelor’s degree in Economics. At Colorado, he was a member of the club tennis team three out of his four years there.

Lee’s coaching career also started at Bullis, where in the summer of 2003 he started working as a summer camp counselor. After graduating from college, he returned to the area to start coaching full time. Lee is a member of the USPTA(P1) and the USTA.

Michael hails from New York City. He began playing tennis at the age of 5. At the junior level, Michael enjoyed a distinguished career as one of the best players on the east coast and in the Nation. He was ranked top 10 nationally in the U12, and U14 singles age groups. He was also ranked top 15 nationally in singles in the U16 age group, and acquired a junior world ranking while playing on the International Junior Circuit.

At the collegiate level Michael received an athletic scholarship to Clemson University where he started both singles and doubles, helping the team reach a top 15 NCAA ranking. After transferring to Howard University, Michael garnered All-MEAC Conference 1stTeam honors, and was also named two time MEAC Player of the Week, while playing #1 singles and doubles. Since then, Michael has coached and taught players on every level including professional tour players, as well as college players and nationally ranked juniors. As a tennis coach, Michael has chosen a career path that allows him to teach others to learn and play a sport to experience the same joy that the game has brought to him.